Many years ago I discussed my thoughts on how Arctic sea ice loss would play out.

What does the literature from the last few years say? I delve into an important paper called “Changing state of Arctic sea ice across all seasons” to attempt to figure out what will actually happen [1].

In this second part of a two part video series, I continue to delve into an important paper called “Changing state of Arctic sea ice across all seasons” to attempt to determine whether an initial Blue Ocean Event (BOE) will eventually lead to an ice free Arctic Ocean year round, or to an Arctic with no sea ice for about half the year.

The bottom line of this most recent research seems to indicate the latter case, at least for many years. However I still have the view that the cascading effects will lead to the ice free year round state within a decade or so of the initial BOE. No place on Earth is changing more than the Arctic.
———- ———-

Temperatures within the Arctic Circle have hit an astonishing 30C this afternoon. pic.twitter.com/8XbebEdRsn

The country is in a recession. #TrumpRecession
The unemployment rate is higher than anytime since the Great Depression.

But the stock market is perfectly happy. Is there any more evidence needed that there's something fundamentally wrong with the way our economy works?

This drone footage shows a long line of voters waiting to cast ballots in Atlanta on Tuesday. Georgia election officials, poll workers and voters have reported major trouble with voting in Atlanta and elsewhere.

Hey, weren’t people, like, dying by the hundreds of thousands from some virus? Is that still a thing?

‘Sea ice plays a critical role in the Earth’s climate by regulating the exchanges of heat, momentum and moisture between the atmosphere and the polar oceans, and by redistributing salt within the ocean. Sea ice primarily exists in the polar regions, and throughout the observational record, at least 16 million km2 or about 5%, of the world’s oceans have been covered by sea ice at any one time. Because of its high reflectivity, sea ice reflects the majority of the sun’s radiation reaching the surface back to space, which efficiently cools the polar regions of our planet. 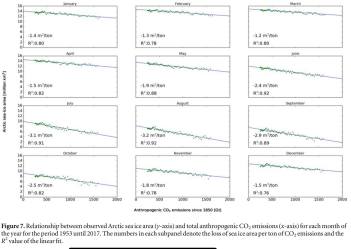 ‘As sea ice melts at its surface, its surface albedo is lowered, which in turn increases the amount of the sun’s energy absorbed by the ice surface and further enhances ice melt. When the ice completely melts, this solar radiation is absorbed by the darker ocean surface, generating a positive feedback that amplifies Arctic air temperatures in autumn and winter as the ocean returns the heat gained in summer back to the atmosphere‘.