First of three videos.  Humanity is stressing vital life-support systems on Earth to the breaking point.  It is incomprehensible to a thinking person like myself how:

The Chernobyl exclusion zone shows a glimpse of a worl
inhospitable to life.  According to a new climate policy
paper, much of Earth could look the same by 2050 if humans
don’t act fast to mitigate global warming: Shutterstock

Humanity is Stressing Vital Life-Support Systems to the Breaking Point: Part 2 of 3 // June 7, 2019

‘According to the paper, climate change poses a “near- to mid-term existential threat to human civilization,” and there’s a good chance society could collapse as soon as 2050 if serious mitigation actions aren’t taken in the next decade‘.
———- ———- 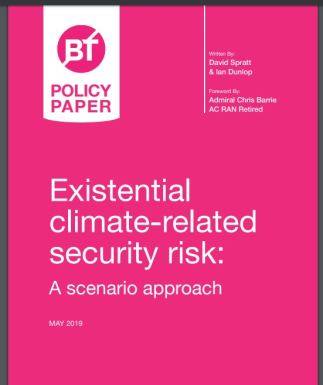 Third of three videos.  Ref (click link here, for download of original PDF):  ‘The report, entitled “Existential climate-related security risk: A scenario approach,” lays out a future where society could collapse due to instability set off by migration patterns of billions of people affected by drought, rising sea levels, and environmental destruction‘.
———- ———-

Nuclear contamination of Europe by the Chernobyl disaster. Not that I understand what the kBq per sqm really means… Source: https://t.co/yEm7bABtQN pic.twitter.com/mH5p7NIzTb

The DNC says they won't be holding debates on a single issue area, but that's OK. They should be able to have a multi-issue climate debate with no trouble at all. pic.twitter.com/BVrwebSPsT

“Any attempt to suppress information on the security risks of climate change threatens to leave the American public vulnerable and unsafe.” https://t.co/XXl129DVve @washingtonpost

India's massive heatwave has grown so dire that in places the authorities are telling people not to venture outside after 11 a.m. #Hotnewworldhttps://t.co/xogp1UBjWt

🌊 Half of the oxygen we breathe comes from the ocean!

🌊 More than 90% of the warming over the past 50 years is in the ocean!#OceansDay #oceansdayeveryday #Antarctic pic.twitter.com/hb6624Q9Ql