The Arctic region average temperature is from 6 to 8 degrees Celsius (11 to 15 F) warmer than normal. Arctic sea ice extent maximum occurred a month early. Our climate system is breaking apart in front of our eyes. Ridiculously, the term “faster than normal” is still used to describe sea ice collapse, accelerating sea level rise and every other climate system parameter. Nothing is normal with our ongoing exponentially abrupt climate change…
———- ———-

Risk From Abrupt Climate Change is Enormous // Published on Feb 25, 2016

People (public, politicians, even scientists) are terrible at evaluating RISK. As a result, society makes many stupid choices and fails to worry and deal with the most serious problems. People need to worry a lot more about abrupt climate change, which dwarfs all other risks.
———- ———-

Usual favorite! As you all know, I love to be interviewed by Alex Smith, and in this episode, I get to follow heavy hitter, paleontologist Dr. Peter Ward [1] on Eco Shock Radio, ‘the expert on past mass extinctions, and maybe the present one‘, then joined by ‘climate scientist Paul Beckwith‘.  And there ‘is serious news about plankton, the tiny ocean plants that feed the seas, and provide most of the oxygen you are breathing right now‘.

Impatient listeners, can click to the 30:29 mark, to go right to my ample 28:21 segment, but I think the entire episode bears careful listening.  Thank you Peter and Alex!

Tonight, I got to listen in then meet with Andre Revkin of the DotEarth blog of the New York Times, at Carlton University here in Ottawa.  They have been running a series of lectures this month and next on “Bringing Research to Life”.  Tonight’s Discovery Lecture was titled “The New Communication Climate”.

I have been wanting to meet Andrew for a long time. We have connected by social media and email a few times in the past and I wanted to make sure he was up-to-speed on the ongoing Arctic Sea Ice slaughter, the jet stream disruption and the ongoing methane risks. 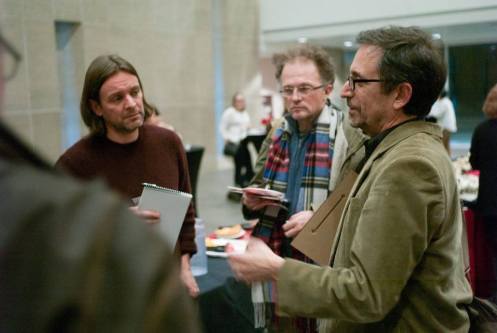 I was extremely happy that he already knew most of this and about my group AMEG (Arctic Methane Emergency Group), having met Peter Wadhams (AMEG member and the UK’s top sea ice researcher) during the Vatican meetings with the Pope to get material for the encyclical.

I directed Revkin to this website and told him about my >100 YouTube videos on abrupt climate system change [2].

Andrew is a very engaging and knowledgeable speaker with over 3 decades of media experience. He has been in the Arctic four times, since, as he put it “the NYT does not have an Arctic bureau“.

He does get climate change. I discussed my three-legged bar stool analogy (zeroing carbon emissions, SRM to cool the Arctic, CDR to sustain life in the oceans) and also told him about my efforts with Norwegian colleagues at Gaia Engineering.

As he just said on Facebook, ‘Long but fascinating and fruitful day of student and faculty meetings and then discussions after my talk on the changing communication climate. Here with Chris Russill of Carleton University Journalism School and Paul Beckwith of AMEG (photo my Times colleague Ian Austen).‘

Some things require no explanation.  Thanks to my good associate, Espen Xandrius Leinæs, of Gaia Engineering AS [3], for his creative and provocative work.  I think he is onto something deep and true here. 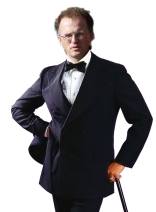 [1] Most recently, ‘A New History of Life: The Radical New Discoveries about the Origins and Evolution of Life on Earth‘, then earlier, ‘The Flooded Earth: Our Future In a World Without Ice Caps‘.
———-

[3] The start up in Norway, which I am part of.  We have ideas for cloudmaking technology, with a view to saving the earth.  Some will say, ‘impossible’.  Others, will say, ‘beyond daunting but we must try’.