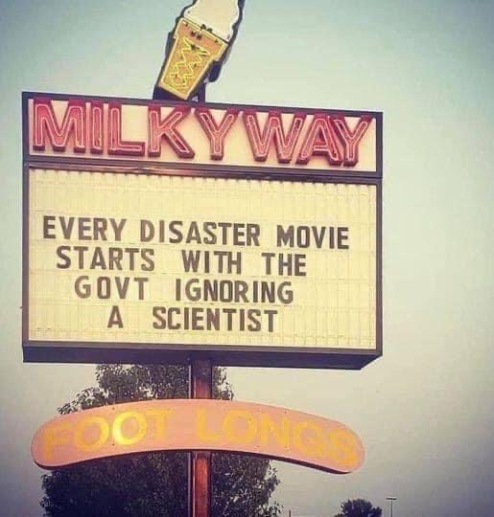 On the Existential Risks of Abrupt Climate Change and a chat on Chomsky Election Thoughts // Oct 31, 2020

Hello Everybody, I agree completely with Chomsky on the following statements, and have said these things for years:

“Definitely the worst one I can think of in history, Adolf Hitler was pretty hideous – [but] he wasn’t trying to destroy organized human society on earth,” — Chomsky

“The facts are pretty straight; there is almost universal consensus among serious scientists that we are racing towards the cataclysm, if current tendencies persist,” — Chomsky

“By the end of this century, you might have reached the level three, maybe four degrees Celsius above pre-industrial levels. And every analysis concludes that’s a total cataclysm. Organised human societies – nothing survives.” — Chomsky

Repeated for emphasis:  “Definitely the worst one I can think of in history, Adolf Hitler was pretty hideous – [but] he wasn’t trying to destroy organized human society on earth,” — Chomsky

Challenged on this, with the fact that the Nazi Holocaust killed at least six million Jewish people, Chomsky, whose parents were Jewish, says Hitler also killed “30 million Slavs, but not human civilization”.

I agree with Chomsky, and have been saying these exact things for many years; it’s why I study climate change and have done so for many years. Presently, we are only 1.1 C above the 1880-1910 average (1.4 C above 1750) and we already experience weather extremes, loss of the Arctic ice and cold, mega-wildfires, and looming global food shortages.

Climate destabilization is the fundamental root cause of all this accelerating chaos.

Please use our easy to operate, Donate feature.  Does not require a PayPal account.. I have hundreds of videos on all aspects of climate change science produced over many years.

Thanks for watching, and for your support.

Ref:  Our Final Warning: Six Degrees of Climate Emergency, by Mark Lynas:  ‘This book must not be ignored. It really is our final warning.  Mark Lynas delivers a vital account of the future of our earth, and our civilization, if current rates of global warming persist. And it’s only looking worse.

‘We are living in a climate emergency. But how much worse could it get? Will civilisation collapse? Are we already past the point of no return? What kind of future can our children expect? Rigorously cataloguing the very latest climate science, Mark Lynas explores the course we have set for Earth over the next century and beyond. Degree by terrifying degree, he charts the likely consequences of global heating and the ensuing climate catastrophe‘.
———- ———-

While the eyes of the USA and much of the sane world are focused intently on the elections, the world is blissfully ignorant of the massive Superstorm Goni that has just hit the Philippines.

The minimum central pressure in the eye reached a staggeringly low 876 mbar. Normal atmospheric pressure at the surface is 1013 mbar, so this enormous drop gives rise to a very large pressure gradient which drives the high winds.

Philippine Sea temperatures are in the 31 to 32 C range, representing an anomaly of 2 to 3 C warmer than normal for this time of year, and Ocean Heat Content above 150 means that not only is the surface sauna-like but the heat extends downward into the depths. Basically, rocket fuel like ocean conditions to feed the storm. Driven inexorably worse by climate change.

Also, wind changes in direction with altitude, known as wind shear was minimal, so there was no hope of shear induced chopping off for the storm tops.

Super Typhoon #Goni is now making landfall on is the island of Catanduanes Island with a pressure of 884mb and wind speeds of 195mph. This would be the strongest landfalling storm of all time in the Northern Hemisphere and tied for the entire globe with Winston (2016).#RollyPh pic.twitter.com/00EIa3vVHR

Essentially, conditions were ideal for rapid storm intensification over 48 hours from 35 knots to 155 knots.

Damage in the Philippines, including the capital Manila will be extremely severe. The storm had a direct hit on a western Philippine island with a population of 250,000 people, and that will have unbelievable catastrophic damage.

A Halloween treat: The students of my local community centers “Dance with Emily” troupe blocking a street in the Glebe neighborhood of Ottawa to bust some moves, and shake some tunes.

How could I not stop and film a video. Happy Halloween. It’s pretty much cancelled in Ottawa due to our most estimate city council.
——— ———-

Our @CarbonBrief Q3 State of the Climate report is now out. We find 2020 is more likely than not to be the warmest year on record despite a growing La Niña event. We also saw the second lowest Arctic sea ice on record, and record high GHG concentrations. https://t.co/6nXkHN4KCA pic.twitter.com/3h3ajar2Cl

While large parts of the Arctic remain ice free, temperatures remain extremely high compared to normal for this time of year.

Temperature is unable to drop much below freezing where open water remains. In the past, ice cover would allow temperatures to be more like -25 °C. pic.twitter.com/sfSo1vOSZv

It’s #Halloween tomorrow! Why is blood red and why does it have a metallic smell? This graphic explains! https://t.co/eamDxuvir9 pic.twitter.com/miSsclSLKG

This is really happening:

It is not front page news.

This study of 1.6 million chess moves found the age we hit our cognitive peak, Victoria Masterson:

‘More than 24,000 chess games played in professional tournaments over 125 years have been analyzed by scientists to measure how age affects cognitive ability.

They conclude that humans reach their cognitive peak around the age of 35 and begin to decline after the age of 45. And our cognitive abilities today exceed those of our ancestors.

1 Response to US Election 2020 Chaos and Existential Climate Chaos