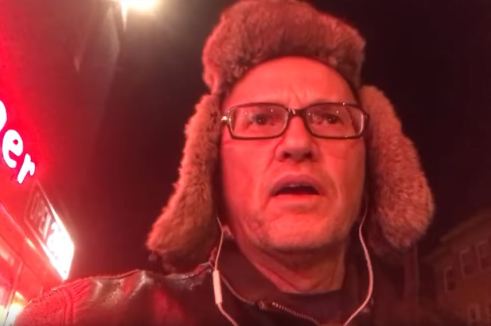 I’ve been long overdue for a rant, but due to the late hour of filming while walking home on nearly deserted streets, this video is, at best, a subdued rant. At worst, it is, well…read the comments. 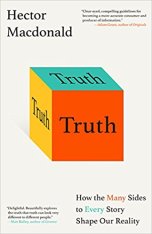 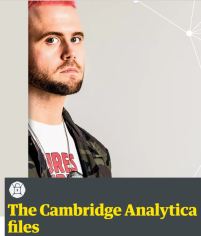 I touch on my recent Grand Solar Minimum debunking videos; on a new book that I am reading by Hector MacDonald called “Truth; How the Many Sides to Every Story Shape Our Reality”, and also on Cambridge Analytica’s successful hacking of democracy based on deep and dark manipulations of the on average 5,000 data points on each persons Facebook profile that they illegally hijacked from a Russian psychologist; as exposed by the guy from Canada with pink hair.
———- ———-

Another rant. Holding the iPhone steady in selfie mode for 15 minutes to film a video tires out the arm.  I’ll have to invent a selfio stick. At least this type of filming let’s you have eyes in the back of your head, which is useful while walking on a path where cyclists speed by.

Have you ever eaten a bug? Great protein. A writer called to ask me about MicroFarming, more specifically Cricket Farming.  Babies grow to fully grown crickets in a month, they croak (with help), you dry them and grind them into Cricket Flour. Yummy. Why stop? I suggested Cricket Beers and Wines as a next step. You never know what you’ll get next; please donate to my cause.
———- ———-

Interview with beloved favorite, Alex Smith of Radio Ecoshock, Arctic Meltdown – 50 shades of panic.  About 14 minutes long.  Please page down for third of three podcasts.  Thank you Alex.  As he says:

‘In his seminal book “Storms of Our Grandchildren” former NASA head scientist James Hansen predicted mega storms will sweep the Earth as climate change develops. …  After devastating hurricanes like Maria, New Englanders battered by three Nor’easters in the last two weeks must be wondering, are we entering a more unstable world, with bigger storms?

Our regular science correspondent Paul Beckwith just posted a four-part You tube video series with new science on just that question. Paul tells us about super-waves as high as 100 feet (30 meters). Scientists in on the north shore of Ireland have carefully mapped out large stones along the coast. In the winter of 2013/14, several stones weighing 100 tons were moved by the waves. ...‘
———- ———- 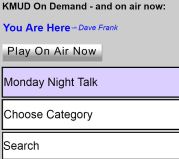 Topic: A Better Future, with host: Dorothee Saucourt.  As she says:  “The subject of imagining a beautiful future has been with me for a long time, and my objective is really to stimulate people so that they imagine their own vision and create images in their brain.”
———- ———–