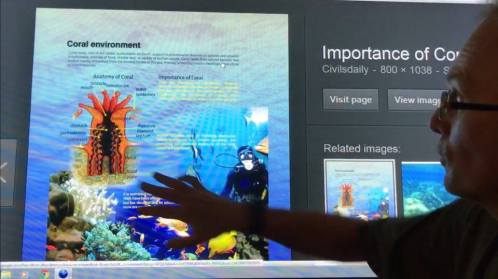 Australia’s Great Barrier Reef is an enormous tourist attraction that pumps billions of tourism dollars each year into the economy. Very soon, this revenue that is so vital to Australia’s financial security will have to be replaced by giving tours of coal mines.

The loss of these reefs is occurring as we speak. Back-to-back record bleachings in 2017 and 2016 are massacring this vital “Amazon Forest of the Oceans”. How will fish live?
———- ———-

Australia’s Great Barrier Reef is a wonder of the world. Attracting millions of tourists and pumping billions of dollars into Australia’s economy, this reef is bleaching white, becoming covered in slimy algae, and will inevitably be ground to sand. A tragedy.

I discuss the facts on the ground, or in this case on the shallow seabed.