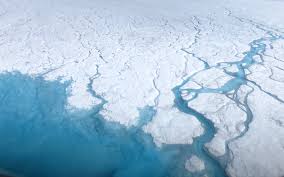 Is it possible that vast portions of Greenland’s ice cap could calve/slide off the continent, causing spikes in global sea level rise? As we lose Arctic sea-ice and snow cover and get much warmer northern temperatures, how much would this destabilize Greenland ice?

I look at ice melt evidence/behaviour from 21,000 years ago to the onset of the Holocene to try and assess present day risks from Greenland, using slides from my friend Veli Albert Kallio of the Sea Research Society.

‘In 1995, ten argentine soldiers witnessed a cataclysm that no other humans have even seen, one that has since altered our understanding of climate change’.
———- ———-

Please consider making a Donation, as this work is not self funded.   Every small amount helps and adds up.  Thank you!