Landslide Blocks River near Renfrew, Ontario // Published on May 22, 2016

On the night of March 28th, 29th 2016 there was a 10 ha (25 acre) landslide on the West Bank of the Bonnechere River a few miles north (downriver) from Renfrew, Ontario. The landslide blocked the river for over 8 hours, raising up the water level over 8 meters at the site. The river water backed up into the lower part of Renfrew flooding a power station building and some basements. I explored the site in early April with my friend Mike, and took many photos posted to Facebook and a bunch of videos posted here to YouTube. By that time the river had completely chewed out a nice channel through all the debris.

This area had ample Leda clay, aka as ‘Quick clay also known as and Champlain Sea clay in Canada, is any of unique sensitive glaciomarine clays found in Canada, Norway, Russia, Sweden, Finland, the United States and other locations around the world‘.
———- ———-

‘Renfrew County landslide: 10 hectares vanish overnight‘:  The floodwaters and debris have receded in Horton Township near Renfrew, but Steve Osipenko hasn’t forgotten the frightening speed of last week’s massive landslide, and the flooding it caused.

Ten hectares of land slid into the Bonnechere River downstream from Renfrew on the night of March 28-29, clogging the fast-running river with trees and clay.

With the river blocked by trees and debris, water backed up behind the blockage. It rose more than seven metres near the landslide, and about five to six metres upstream in Renfrew‘.  Article continues here.
———- ———- 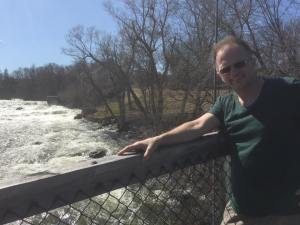 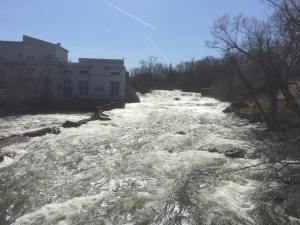