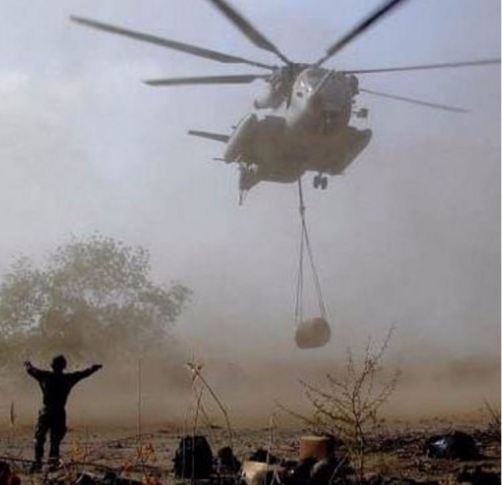 The ever most consummate Nick, at ReliefAnalysis.com continues his epic and so very well crafted series, today with ‘Exponential Interdependencies: Climate Change, International Security, and DMHA‘:

‘This podcast also features a debuts a new segment called, “Situational Awareness,” in which Paul Beckwith from the University of Ottawa, Laboratory for Paleoclimatology, briefs the devastating Fort McMurray fire disaster in Canada, rapid arctic changes, and the international security implications of what he is describing as a global climate emergency—with possibility of a catastrophic Blue Ocean Event in a summer in a very near future, within a growing context of “Disaster Bingo“‘.

This is a feature program, with a main guest.  As he introduces:  ‘In a broad discussion with ReliefAnalysis.com, Center President and Co-Founder Francesco Femia describes the evolution of the organization, its broad coalition of defense, security, and foreign policy advisors, as well as trends in the MENA, Asia Pacific, and Arctic regions. Mr. Femia also details the stress on international capabilities brought by multiple, cascading disasters that he describes in a newly-released documentary he appears in, Age of Consequences.’

It is my great honor, to part of Nick’s redoubled efforts to broaden his very well crafted show, with shorts as end caps to each episode, adding to the already rich weave.  I discuss the Fort McMurray fire disaster in the context of the energy extraction industries sure collision with clear cutting and rapid climate change.  It is sui generis.

As though I never said it before, Alex Smith EcoShock Radio is a favorite, and I am featured on his most recent show.  As he writes:   ‘Paul Beckwith On the Paper by Hansen et al‘

‘The scientist who warned the U.S. Congress about dangerous climate change in 1988 is back. Dr. James Hansen, who recently retired as head of NASA’s Goddard Institute, says we’re going to be hit much sooner and harder than we’ve been told by mainstream science.

‘Hansen says the two degree Centigrade upper limit to human-induced global warming, as agreed at the Paris climate summit in December 2015 – is not just unsafe. It is plainly very dangerous for humans and all life as we know it.

Lastly, super blogger Robin Westenra of SeeMoreRocks kind, interviewed me on his podcast, here:  ‘Paul Beckwith on the fires at Port McMurray‘.  He spoke ‘with Paul to get a catch-up with the fires at Fort McMurray in Northern Alberta, Canada and the melting ice at the North Pole. We also touch on the Southern Hemisphere‘.