Threat to Arctic Warming and Sea-Ice Loss is Ongoing

Posted on February 9, 2020 by paulbeckwith 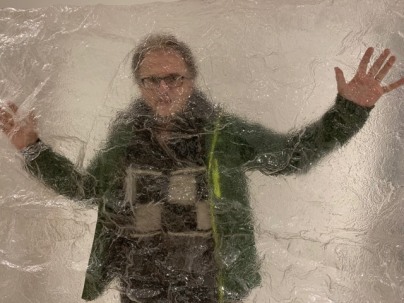 HELP!
Sub-title: I am stuck in Arctic Sea-Ice

Continues where previous video from yesterday ‘New Paper: Banned Halocarbons Still Responsible for HALF of Arctic Warming and Sea-Ice Loss: 1 of 2‘, left off:

If this study is confirmed by many others, then between 1955 and 2005 about half of the surface warming in the Arctic, and about half of the Arctic sea-ice extent loss was actually due to the GHG (Green House Gases) effect from ODS (Ozone Depleting Substances), and not due to ozone changes.

After stabilizing for many years after the 1987 Montreal Protocol, the ODS CFC-11 (trichlorofluoromethane has been rising since 2013 or so from illicit production in China, according a separate paper. Our societies cannot afford to let these trace, long lived, huge GWP (Global Warming Potential) gases to rise in concentration in our atmosphere.

In case you missed it, here are three videos on arctic sea ice, starting with:  ‘When will Arctic Sea-Ice Vanish in the summer?‘, continues with ‘Going, Going…‘, and concludes with ‘Arctic Transition…‘

And if those were not enough, two videos, starting with ‘Incredibly Warm Weather in Europe…‘, and continues with ‘Our Abrupt Climate Disruption Bus…‘ 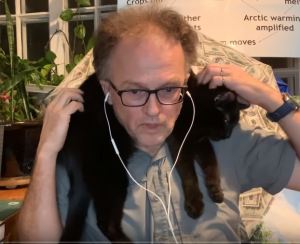 That’s eight new videos, so that your job to take in a markedly wide view on weather and climate, is THAT much easier.  Donations to Paul, were and are, continue to be appreciated.  PayPal account is not required, just normal credit card.

An older couple started talking to me in the park. They asked me where I went to school and what I did.

Want to be shouted at for 20 minutes? Tell them you studied weather and climate at Harvard and work at The Washington Post.

Next time I’ll just say I work at Waffle House.

Looks like the long wait is over, the front of Pine Island Glacier ice shelf finally calved… pic.twitter.com/5GBFWpTxuF

My brother in law just took this from their balcony in Sydney. Wild as wild can be #sydneyweather #SydneyStorm ⁦@blazehackman⁩ ⁦⁦@SBSNews⁩ pic.twitter.com/xFX5yD7DA0

Can a #climate #scientist have decent #Oscar2020 picks?

Let’s find out.
Here’s my #OscarPredictions this year #Oscars

I am watching #OscarSunday at the @mayfairtheatre in #Ottawa, like I do every year.